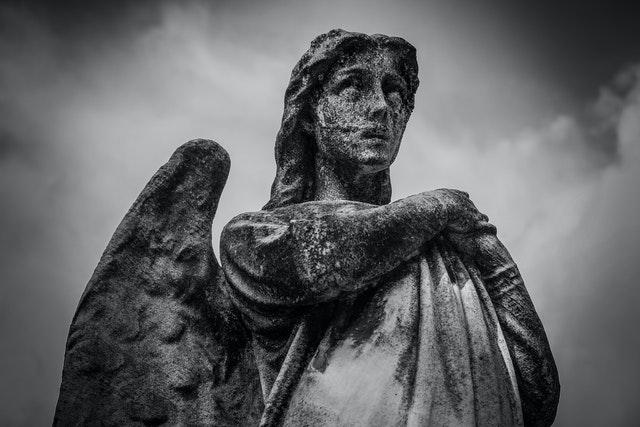 As a former ordained Orthodox Rabbi and ex-religious Jew, I know firsthand what Religious Trauma looks like.

(In fact, parts of this site still bear testament to the time when I was devoutly religious and taught Jewish meditation; I have a policy to not delete content I created even if it no longer aligns with my world view)

Religious Trauma Syndrome (RTS) is a term coined by Dr. Marlene Winell in her groundbreaking book on the subject, entitled “Leaving the Fold“.

For those who didn’t grow up with religious trauma, it can be hard to imagine the extent, qualitatively and quantitatively, of religions influence in our life. It permeates every aspect of our lives and sinks very deeply into our psyche, especially if you were born into it.

People leave religion for different reasons. I find that it’s often a combination of one of the following three factors:

My own journey out of religion was primarily an emotional misalignment with some intellectual struggles. There were questions I raised for years which bothered me emotionally, and it was a painful divorce that finally severed my connection with God and religion.

Experiencing any of those factors above can take a toll on us – we often spend years stifling our own inner voice and intuition because it keeps causing us problems of misalignment with the community and its beliefs.

When you do finally leave, you basically need to rebuild your entire world from scratch, and you often lack the emotional tools to do so. You’ve never been allowed to look inward for answers (and no, talking to the Jesus that lives in your heart does not count), and you were often taught that the best way to deal with difficult emotions or urges to stifle them.

Growing up, I was surrounded by people who never smiled, who thought emotions were something you turned on and off at will, and who valued intellect only and belittled emotions (while showing remarkably little intellectual honesty).

And this is where Hishtalmoot hypnosis can help.

Firstly, it is a powerful tool to re-write your narrative and your past. Much like the movie Inception, you can actually use tools like regression and guided visualizations to re-create traumatic narratives from your past and heal them to create a better future.

It can be a painful, but very cathartic process, to re-explore your past experiences with the help of your newfound knowledge and your adult emotional resources.

Second, after just a few sessions, you’ll actually gain lifelong insight into your own mind, and acquire powerful tools for self-regulation and personal growth which you can continue using throughout your life.

I don’t believe in Good and Evil, especially not within ourselves. I believe we are all trying our best, and have defense mechanism that are often outdated and no longer serve us.

If you’re committed to personal growth, which you undoubtedly are, because the journey out of religion is a painful and uncomfortable one, then Hishtalmoot hypnotherapy can be a valuable resource for you as your proceed down your own path of independence and freedom.

The page you requested could not be found. Try refining your search, or use the navigation above to locate the post.